FREE SHIPPING FOR ORDERS OVER $59 ! 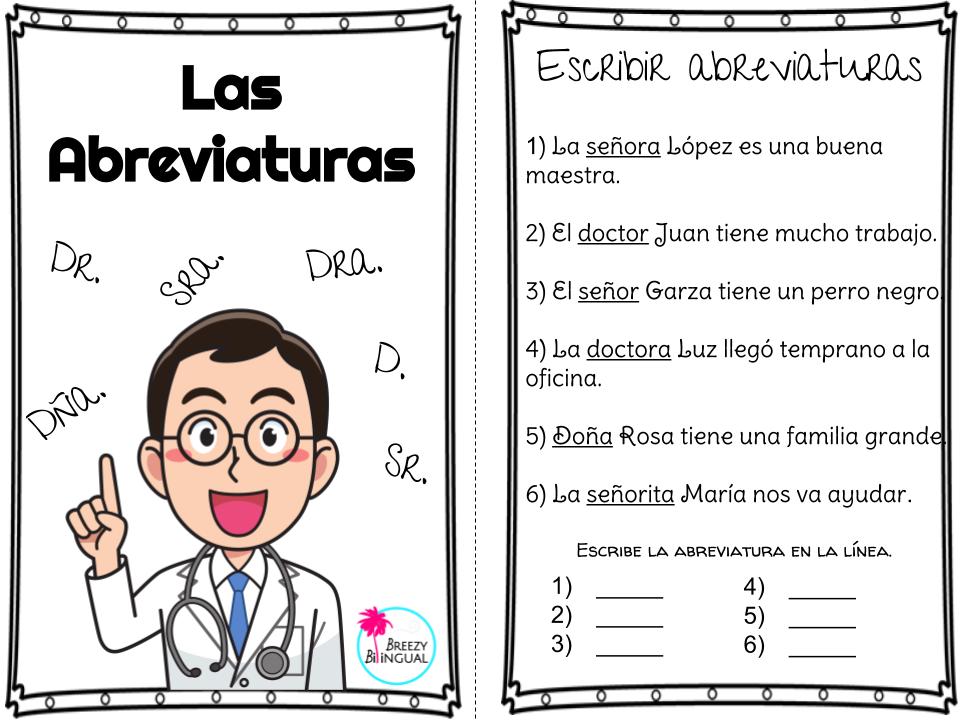 730 Views
0 likes
Today we had a productive day in class learning all about abbreviations in Spanish. The most important part of this lesson for me was getting my students hooked and engaged since abbreviations can become boring for 6 &7 year old. My hook was to have them do abbreviations in a game format to lead them where I wanted them to be. They did not really seem to know what abbreviations where (while I was introducing it completely in Spanish) and I was fine with that because they need that cognitive conflict to puzzle the piece together.

I started with everything randomly taped on the white board. I just simply asked them to put one letter or symbol where they thought it belonged. I left a tiny clue without pointing it out to the class. I underlined the letters needed for each abbreviation in hopes that they would discover it as they went on. Students started putting letters next to the words just because they had the same letter. The further they got along they started making connections to the point in which all my students understood and participated in the sorting of the cards. At the end, each abbreviation had all the correct letters but they were not in the correct order. That is when I pointed out my underlined letters. “In doctor we have the D underlined and the R, what should be first?” I had students talk with their partners for a minute to generate ideas. They they came up one at a time until they corrected all the abbreviations all by themselves. This process served me as a small indirect assessment. I figured out that 95% of my class understood the concept and were ready for activity 2. This was very simple yet very effective.

The 2nd activity consisted in applying their new gained knowledge and showing it in several different ways.

1-6 students were given the word spelled out and they had to change it to it’s abbreviation form.

Next, students would read sentences 1-7 and fill in the empty space with the correct abbreviation depending on the clues provided in their sentence. In the end they would identify if their abbreviation was masculine or feminine. This is something we covered and talked as a class during our first activity.

If you would like to try this activity in your classroom click on the image below. Thank you and have a blessed day!

Product of the American Dream